To have the optimal experience while using this site, you will need to update your browser. You may want to try one of the following alternatives:

SERVPRO of Wyomissing Sets Up Shop at Hops for Hooves Fundraiser

This weekend SERVPRO of Wyomissing put away the chemicals and moisture meters to support the local community! We had the incredible opportunity to be a vendor at the annual Hops for Hooves festival.

We set up a tent this Saturday at the Liberty Fire Company to support this incredible cause. Our team had a bunch of SERVPRO merchandise and we provided a great raffle prize for one lucky winner to snag! SERVPRO of Wyomissing spent the day talking with other vendors and our amazing Wyomissing community, and of course petting all of our furry friends too!

This Sunday, December 10, 2017. SERVPRO Wyomissing will be walking in support of Eric's angels. Come join us!

This walk/run for Wounded Warrior Project® (WWP) serves veterans and service members who incurred a physical or mental injury, illness, or wound, co-incident to their military service on or after September 11, 2001 and their families. On that date, America watched in horror as approximately 3,000 people died including hundreds of firefighters and rescue workers. Many warriors note a sense of duty to volunteer for the military following these tragic events.

For WWP, there is a distinct difference between members and alumni; the term alumni indicates a mutual shared experience and denotes your place in an organization was earned. There are no dues here - those were paid by wearing the uniform and on the battlefield.

A new brewery is HERE in Cumru Township.

Josh Taylor, Lucan Schmidt and Joseph Mastruzzo, all 20-something graduates of Conrad Weiser High School, are opening Schaylor Brewing Co. at 2390 Lancaster Pike, Cumru Township.The building was once a Daewoo dealership and most recently served as a mixed martial arts gym. SERVPRO of Wyomissing is their new neighbor and glad to asssist in anyway to make another small business successful.

The business owners started planning the brewery about a year ago. They have acquired all the permits they need from the township, and recently began construction inside the building. But they await their federal brewing permit.

"We put the idea together and started a business plan about a year ago, and started planning it all out, putting numbers together, and figured out it was feasible to do," said Schmidt, 29. "We then started the ball in motion looking for a place, and now we're doing construction."Taylor, who has worked at Chatty Monks Brewing Co. in West Reading and Reading Carbonics, will be in charge of brewing operations. Schmidt and Mastruzzo will focus on the business side.The brewery has an open layout with a U-shaped bar and additional table seating. The brewing equipment will be located in a front corner, and will be visible to the seating area as well as the outside through large windows."When we were searching for buildings, we came across this one, and we were very excited about it because it was an old car dealership," Taylor said. "We have the big lot so we can expand outside, and we have the wraparound windows so we can display our brewing equipment to people driving by."There will be a kitchen. Schaylor will offer a small food menu, which includes items such as sandwiches and flatbread pizzas.The brewery will be the latest in a line of new businesses to come to the Lancaster Pike corridor in Cumru Township. In recent years, Reading Public Auto Auction, Walgreens, AutoZone, Dollar General and Big Time Thrift Store have all opened nearby.

Schaylor will have eight taps to start, but that will likely expand. Taylor, Schmidt and Mastruzzo are all big fans of India pale ales, so many of the beers will be hoppy, but there will be other styles as well.

"We're going to brew some funky IPAs," Taylor said. "That's what we seek out. But we'll have decent variety, like stouts, Belgians and the whole works, but we'll specialize in IPAs. We're 'hop heads,' so we're going to jam hops anywhere we can in our beers."Schaylor's slogan is "brew outside the lines," so many of the beers will have a twist on them, Schmidt said."It's very nontraditional," he said. "A lot of his best IPAs look like orange juice when you put them in a glass. They're more smooth and less bitter."Schaylor will have several year-round beers, but it will brew many one-time batches, Schmidt said. With only eight taps, that means there will likely be times when certain year-round beers will not be available, he said."One of the biggest things we like to do is constantly brew different kinds of beer," he said. "With all our recipes, there might be a time when a certain flagship won't be on tap."Schaylor will be the seventh brewery in Berks County, joining Chatty Monks, Golden Avalanche Brewing Co. in Kutztown, Hidden River Brewing Co. in Union Township, Oakbrook Brewing Co. in Reading, Saucony Creek Brewing Co. in Maxatawny Township and The Other Farm Brewing Co. in Boyertown. 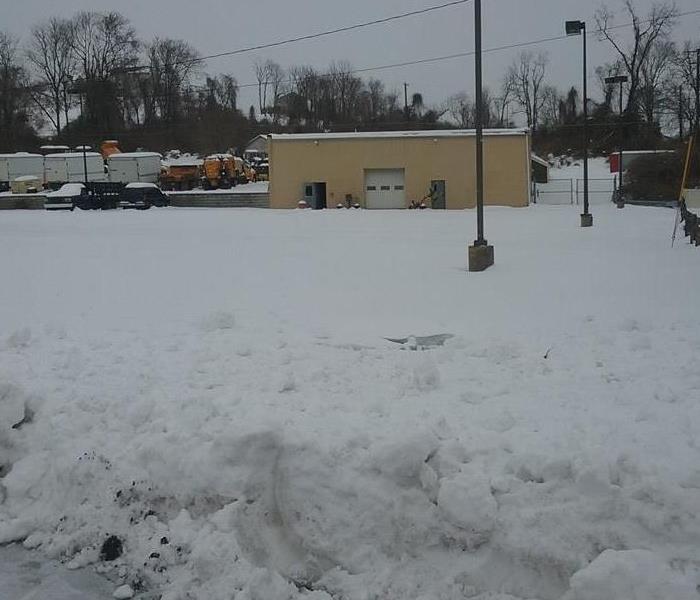 Shop all the way in the back

We were snowed in at our shop. We could not get in or out!!!  Team work dug us out of the storm. 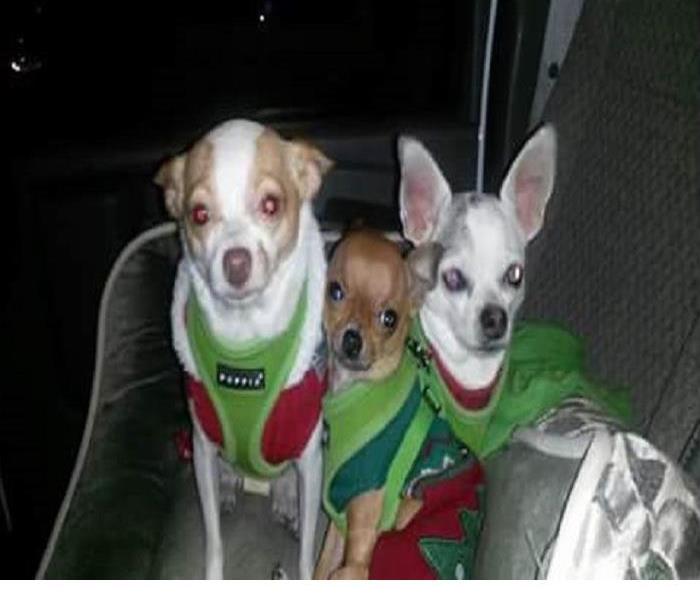 Its a SERVPRO Christmas 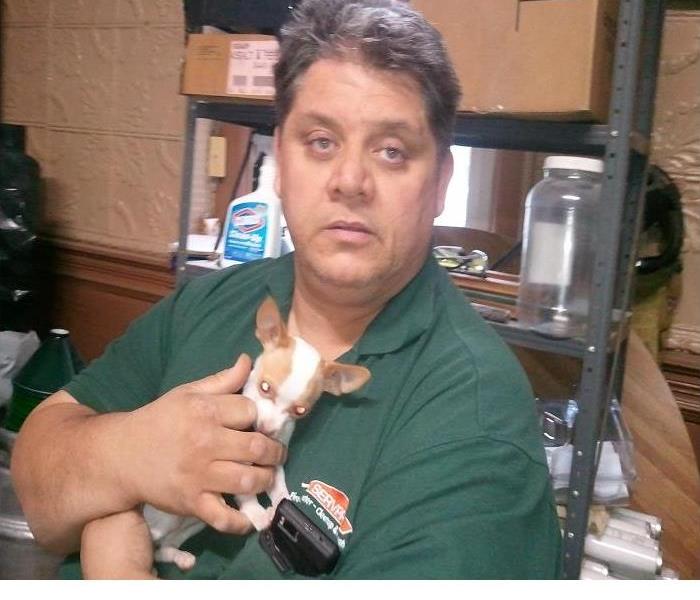 Our director of first impressions, Peter Bruni, was called home to operate the first SERVPRO of Heaven in  February 2016. Peter is very busy sending us referrals from spouses and family members he has made friends with in heaven.  We consider those direct calls from Peter and we give extra special care to those customers since we KNOW where the lead came from.

Peter we ALL miss you, especially  the chihuahuas. We appreciate all the referrals and are thankful you are keeping your eye on us.  Don't forget, in your spare time to catch a fish for SERVPRO of Wyomissing!!

SERVPRO has a new friend 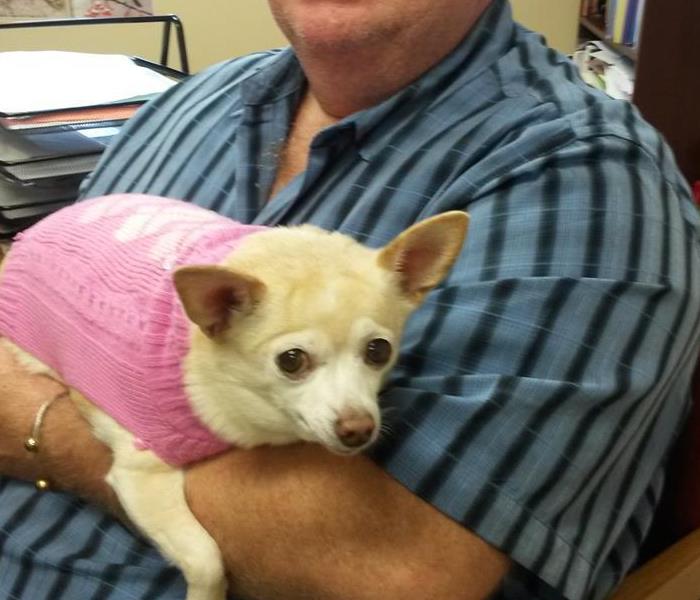 last  weekend we assisited a local library clean up after a sewage back up.  We never could have imagined we would make a new friend since we are die hard chihuahua lovers here.

Snuggles McEntee was born July 1996. Snuggles was a life long friend and companion. Snuggles was the best nurse we knew. He would lay onto of you so you had to stay home when you were sick for days or weeks at a time.  He also volunteered for mouse patrol when requested and fondly known as Mr. McEntee in his later years. 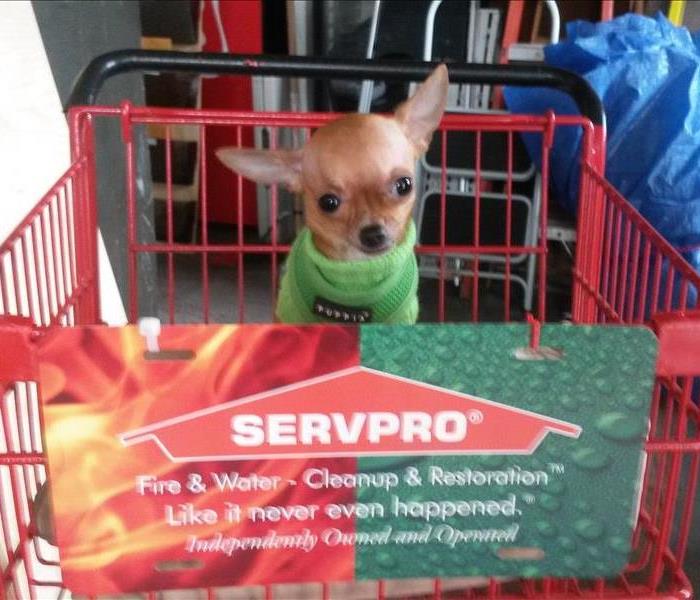 Cabo is a the baby of SERVPRO born 3.13.13.  His job title is to be adored by all the ladies.  He is fiesty and extremely kind.  Cabo loves an adventure and will visit any customers who ask him to stop by.

Sancho means other boyfriend in spanish.  Sancho came to SERVPRO on 7.14.12.  This happens to be a special month since the owners are both born in July.  Sancho is our "social director" and visits customers when they ask. 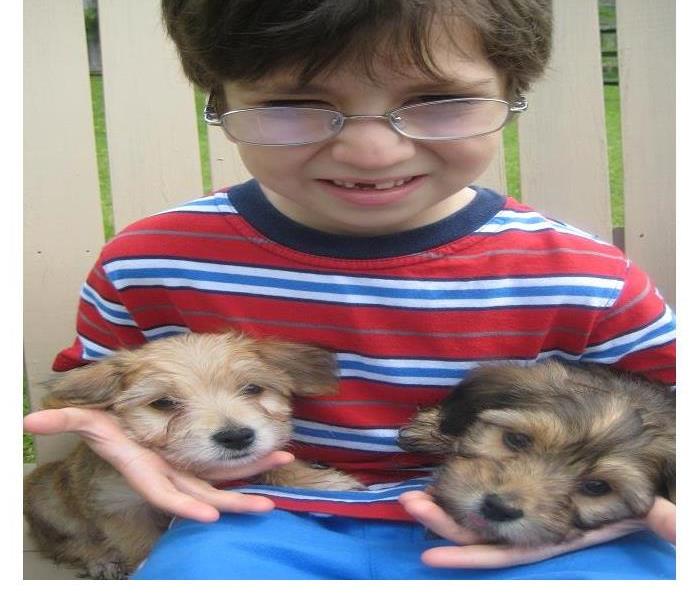 Tom and Theo are 2 brothers.  They are 2 o 5 SERVPRO puppies who are always together. Tom and Theo are very personable but if you bother their favorite people they will bark at you until you run away holding your ears. 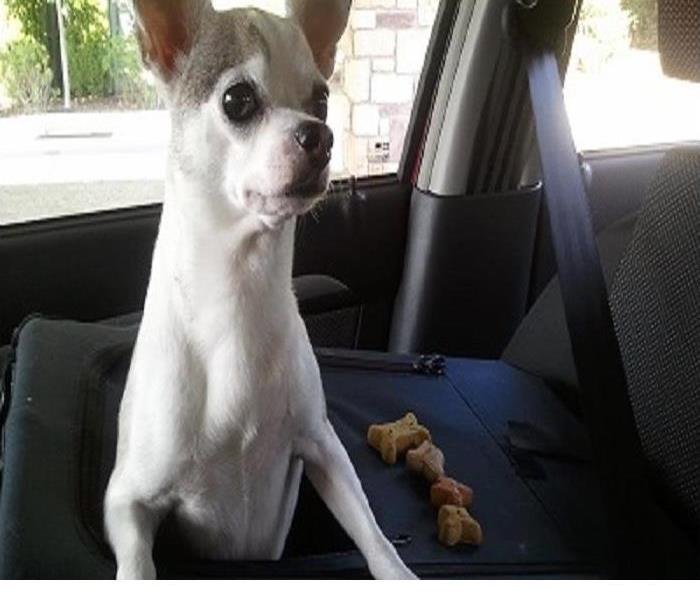 Welcome to Servpro of Wyomissing Tuco McEntee the security guard

SERVPRO was formed as a dream of two lifelong friends and 5 puppies. Tuco is the protector. he was born in Nov 2005.  He looks after us and protects us. His job title is security guard.  He does a great job keeping us safe. Tuco is sweet heart but if you bother his favorite people....He has something to say.